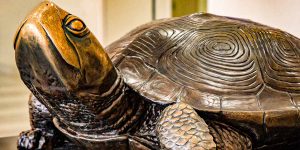 AMHERST, Mass. – A University of Massachusetts Amherst health informatician is developing a mobile health (mHealth) system, leveraging a wearable sensor that slips on a finger like a ring, to monitor and encourage movement and activity in the weak upper limb of stroke survivors.

Sunghoon Ivan Lee, assistant professor in the College of Information and Computer Sciences, was awarded a five-year, $2.4 million grant from the National Institutes of Health (NIH) under the program titled Academic-Industrial Partnerships for Translation of Technologies for Diagnosis and Treatment.

Each year, nearly 800,000 people in the U.S. suffer a stroke. Weakness on one side of the body, especially the arm, is the most common disability following a stroke, affecting some 75% of survivors. Maintaining restored function during and after rehabilitation therapy depends on the patient continuing to use and exercise the affected arm.

“Patients can try hard to raise up their arm and hand to do the other exercises in the clinical setting to try to get back to normal, but when they go home, they tend not to make use of the impaired side because they have this other perfectly good limb,” Lee says. “The problem is if that continues then they will lose that functionality on one side, which may lead to more serious consequences, like falling.”

Lee was interested in creating an mHealth system, using tiny wearable sensors, to measure how much people used their affected arm following a stroke and to gauge the intensity of those movements – “how rigorously and vigorously they’re moving,” he explains.

Lee will lead an interdisciplinary team of world-renowned researchers in rehabilitation sciences – Paolo Bonato and Randi Black-Schaffer from Harvard Medical School – and human-centered mHealth design – Eun Kyoung Choe from the University of Maryland iSchool and Human-Computer Interaction Lab – as well as a technology partner, Nathan Ramasarma, founder and CEO of Formsense.

Formsense created a prototype ring sensor that was used in Lee’s pilot study, supported by the Industry Outreach Seed Funding from the Center for Personalized Health Monitoring at UMass Amherst’s Institute of Applied Life Sciences (IALS).

“The aim for Formsense is to improve the quality of people’s lives. It’s been a dream come true working with Dr. Lee on sensor technology for stroke victims and a real high point for the company,” says Ramasarma, whose San Diego-based company develops wearable sensor technologies that objectively measure human performance in health, fitness and sport. “As a research-driven company, Formsense supports early and strong collaborations in academia in order to validate its technologies and explore commercial solutions that can accelerate adoption in the market.”

Some existing wrist-worn sensors are capable of detecting gross arm movements, but not the more detailed and nuanced motion of the hands. “To measure how people actually make use of their limbs, we need to capture more than gross arm movements,” Lee says. “Fine hand movement is also important; that is how we interact with the world.”

The finger-worn inertial sensors have the capability to provide individually tailored data to encourage the use of the affected limb. In a pilot study that was interrupted by the pandemic, four stroke survivors tested the prototype device and gave encouraging feedback, Lee says.

Now he will focus on translating the data to create a comprehensive visualization that will motivate patients and inform clinicians. “How can we give information back to the patient so they can use it? And how can this comprehensive view of how they are actually performing at home be used in the clinical setting?”

One of the problems, according to Choe, is that “designing a user interface that conveys easy-to-understand, actionable insights from complicated sensor data is a non-trivial task. A primary goal of the team is to develop a visualization system that facilitates patients and therapists to practice personalized, data-driven rehabilitation therapy.”

In the third year of the study, Lee will begin recruiting patients for a larger study by collaborating with Boston-based Spaulding Rehabilitation Hospital, the teaching hospital of the Harvard Medical School Department of Physical Medicine and Rehabilitation.

“We are planning to provide data about patients’ recovery trajectory – how well they have done over time – as well as their immediate performance,” Lee says. “We’ll be looking at how to translate the findings into a real-world clinical practice to personalize the therapeutic programs for patients so they can better make use of their limbs.”