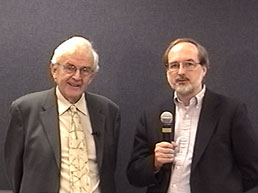 What is a photosensitive seizure disorder?

Epilepsy is the most commonly known type of photosensitive seizure disorder, but there are others as well. These conditions are characterized by seizures exclusively provoked by flashing, intermittent light, and visual patterns.

How many people have photosensitive seizure disorders?

What can stimulate photosensitive seizures?

Certain flashing lights, images, and repetitive patterns may cause seizures in persons with photosensitive seizure disorder. Strobe lights, flicker of bright light through leaves, and sunlight flashing off of a series of windows are examples of known stimuli. Some people are known to be affected by the raster rate of cathode ray tube televisions, especially in Europe, where the standard is 50 Hz. Video content, whether on television, film, in computer games, or on the web, may include unsafe flicker, colors, or high-contrast patterns that induce seizure. For example, in 1997 a Pokémon episode broadcast in Japan showed a sequence of flickering images which triggered seizures in hundreds of children.

What should I do if someone I know has a seizure?

Get the person on his or her side and into the recovery position. This will allow his or her airway to remain clear in case he or she were to vomit. Make sure the person is in a safe area with nothing to harm him or herself on. Do not try to hold the person down or force something between their teeth. It is common for individuals who have had a seizure to be very tired afterward and there is no reason to not allow them to go to sleep if they want to. Once you are sure the person is safe, seek medical assistance.

How long do photosensitive seizures last?

They are usually relatively short and should not last for more than five minutes.

No. Sometimes, all that will happen is that a person’s eyes will flutter and they will lose focus for a moment. In other cases, they may just give a quick jerk.

What current computer or web content guidelines or regulations have specifications regarding flashing?

Where can I find more information about photosensitive seizure disorders?